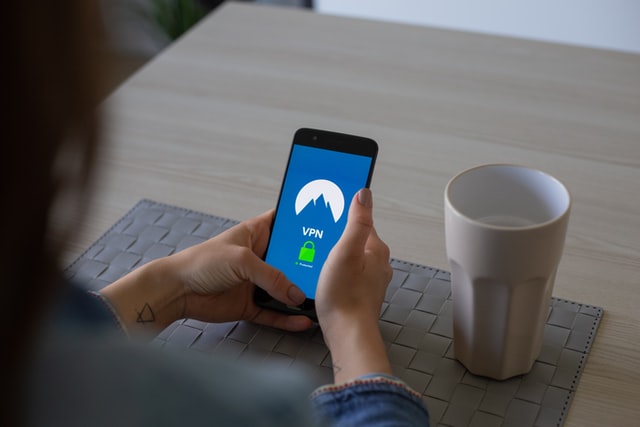 Hi, this is Nathaniel with one more cup of coffee, and today I want to introduce to you my top three favorite VPN affiliate programs. I actually have a lot to say about VPN, affiliate programs, because this was my first successful niche website.

Now I’ve already sold those websites, so I’m, not going to show you the exact URLs of them, but I can tell you that promoting VPNs is very lucrative for one. A lot of them are recurring, subscription affiliate programs, meaning you get paid every month for as long as the user stays on.

So when I was promoting VPN affiliate programs, I had some people that signed up under me that we’re paying for four or five years. So, although the initial payment was five ten dollars, they ended up.

One sign up ended up making me three or four hundred dollars over the course of how long they stayed another reason they’re great is because you get a lot of yearly signups some people who use VPNs that’s.

For a year which is pretty inexpensive, if you use a VPN a lot, and that means you may get 50 or 60 percent of that yearly payout, so you may be earning thirty four dollars per sale just on the the yearly VPN subscription.

I think the toughest thing about promoting VPNs for me is that I’m, not a very technically inclined person. So when I started, I had trouble writing about the VPNs about how they you, how they work and how to troubleshoot them, but the particular niche that I was in lucky.

For me it was more entertainment based back, then you could use Netflix through a VPN and you could watch Hulu through a VPN, so that was basically the ankle. I went a lot of people do internet privacy or something to do with cryptocurrency or yeah there’s.

The optin see, if I can think of some other niches, that we could possibly promote with VPNs it’s been a while, since I thought about them, but yeah. So I’ve, actually used and promoted a bunch of these on this page, and there are a lot more out there.

We ‘ Ll only have four or five locations. These guys had I don’t, know two or three hundred and just about every country in the world. They had a really nice interface that you could download and use on your computer.

I assume they have an app now in the back when I was promoting VPNs, I actually didn’t have a smartphone, so that was not a factor in me promoting them, but yeah I’m sure it is now. I’m sure they have a pretty good.

You can see that they have a couple different Commission tiers here and they do have the recurring subscription affiliate program. So you get paid every month and it looks like okay yeah. These are just tears, but yeah you can see you can make 30 to 40 % for the for the yearly plans.

Now some VPN affiliate programs. The way they work is they’ll pay, you 200 percent for the sign up, and then they won ‘ T pay you any recurring subscriptions. It just depends on what kind of affiliate program you want to join.

Okay, another affiliate program that I really enjoy promoting, but I didn’t make that much money off of them was private Internet access. So one of the reasons I chose this is one of my top VPN affiliate programs to use one.

This is the actual VPN that I use just in my daily life. If I am in a hotel or in an airport, I definitely connect with my phone and my laptop through the private internet. Access VPN, they’ve, come a long way with their interface.

It’s, pretty good easy-to-use. Now they don’t have as many server locations as hidemyass, but I’m, not really concerned about server locations. Right now, I just connect to anonymous servers in the US.

I also like them because they allow you to pay with Bitcoin and see if it says it on their home page. Ok, they do have a FAQ here where you can use bitpay to pay with Bitcoin. So a lot of people who have VPNs are into internet privacy and, although bitcoin is not private, it’s.

Well, maybe this private, I forget it’s, not anonymous. It’s pseudonymous, as I believe, is what they say. But yes, a lot of people will look, be looking for options to pay with Bitcoin, and so you can target that crowd people who want to buy a VPN with Bitcoin.

And lastly, oh I guess my last comment about this is this is always bugged me that they use these stock photos here and if you look at the front page, it looks kind of corny. It looks like a VPN. You wouldn’t want to use.

I think they could do a little better with their branding, but that’s just my opinion. So obviously they’re doing good. They’re still around decades later I started. I mean I was promoting VPNs back in 2010-2011, so it’s been 10 years.

So what do I know? Alright, the last one that I want to tell you about it:’s called tor guard. Now I’ve, never used this one myself, but I do like that again, you can get paid with bank transfer or Bitcoin.

So if you’re in a country where PayPal, doesn’t operate or if you just want to be paid privately, then then this could be a potential company that you could work with, looks like they have a VPN and a proxy And they have business account so that’s kind of interesting.

They have VPN routers. That is pretty cool yeah. If you could secure your entire home network with a VPN, I would be pretty badass, so this could be another cool thing that you could promote perfect yeah, that’s.

Another reason why this is a good company to promote it’s. Just a different different niche – and I like that they make the point here: where did I see that the the fridge thing maybe they got a? This is why you don’t use sliders guys here we go look at all these devices that are connected to your home network.

Who knows who can hack what they had that incident? Where someone was hacking? The ring I don’t know if a VPN would help you with that, but you could definitely research that and you could promote this type of router to someone who is concerned about their privacy with their home devices.

So these are my top three. Now this video is a little different and I’m, actually gonna warn you about two affiliate to VP and affiliate programs that you that I recommend you stay away from in terms of promoting because they actually screwed me out of some money.

And this is my time to tell you about them. The first one is golden frog, but they actually run VIPRE VPN, [, Music, ]. So golden frog is the company that owns or runs. However, you want to say it viper VPN and I worked with them for many years and they had really good payouts.

But when it went time for me to sell my website, they wouldn’t. Allow me to move the recurring affiliate income that I had made through them to the buyer of the affiliate website, so that basically cut the value of my company that I was selling, which was extremely frustrating, but also it’s.

You know they did pay on time when I was actively promoting them, but there were multiple times where they had basically threatened to kick me out of the affiliate program. If I didn’t do certain things the way they liked it, which is fair enough.

You know they can run their company the way they want. But if you’re, considering promoting affiliate programs, this is just one that I would recommend. Not promoting personally the other one, these guys, I feel comfortable, saying they actually cheated me out of $ 6,000.

This was way back in the day when I first started my VP and affiliate sites. I made a bunch of money and then they were not paying out and I’ve stupidly, wrote them a mean email about how that you know they need to pay me out, because this and this I don’t, remember exactly how I worded it, but then basically they closed my affiliate account with $ 6,000 still in there and they never paid it out.

So these guys, I would definitely not even bother promoting all righty. So this is my top three choices for VP and affiliate programs. I’ve got ten ten total that you can check out. But, as I said before, this is only ten there’s, probably hundreds out there that you could potentially promote and make money.

You want to see what my top choices are. My total ten choices you can head over to one more cup of Coffee, calm, slash best VPN, affiliate programs, and if you want to learn how to build an affiliate website, you can click the learn, affiliate, marketing tab and I ‘