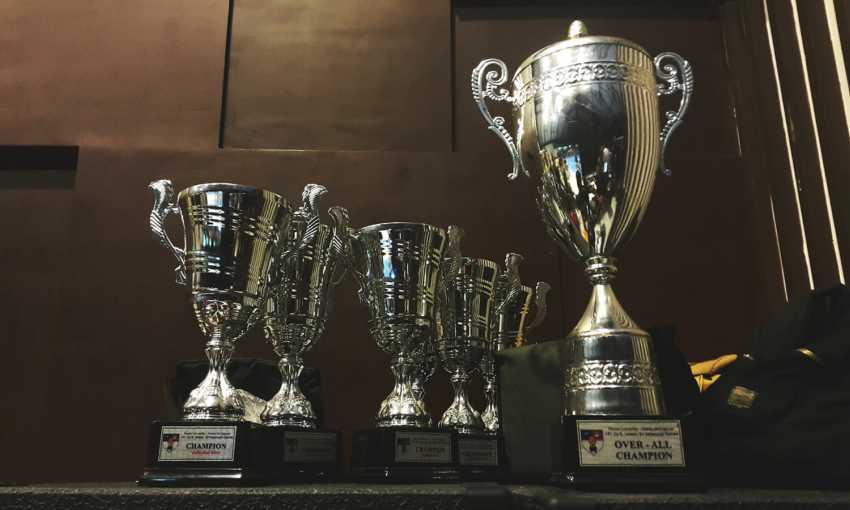 Think about the last New Year’s resolution you set for yourself. It might have been to work out more, or maybe read a book a week, or maybe you just wanted to save more money.

Whatever it was, ask yourself: Did you get it done?

If you’re like the vast majority of Americans, you probably failed at achieving your NY resolution goals.

That’s because the problem with how you set goals is that they rely too much on human willpower — which we have a very finite amount of each day. Relying on it all the time takes away from that willpower until it’s depleted entirely.

Fortunately, there are other ways to set goals so that you can actually achieve them.

How to Set Goals and Achieve them at a Glance:

What are SMART goals?

SMART goals are the cure for vague, aimless New Year’s resolution goals like:

On the surface, they all seem like good goals. However, they fall prey to the big three sins of goal-setting:

Setting a SMART goal will help you avoid all of these pitfalls. Let’s breakdown how to do it.

SMART Goal Setting Step 1: What is the precise outcome I’m looking for?

This question will help your goal become more focused and specific.

What will your goal achieve? What happens if you accomplish your goal?

The more precision you can give to this answer, the better.

Once you answer that, move onto the next question.

SMART Goal Setting Step 2: How will I know I’ve accomplished the goal?

“When the goal gets finished. Duh!”

But often times, people set goals that don’t have a measurable outcome. Things like “traveling more” or “reading more” won’t get accomplished because there’s no measure for what more means.

Having measurables attached to your resolutions allows you to track them and see how you’re making progress. This is crucial psychologically for achieving your goals, and can keep you motivated to see it through.

What does success look like for your goal? How are you going to measure it?

SMART Goal Setting Step 3: How realistic is this goal?

Sure, if you shoot for the moon, you’ll land among the stars — but wouldn’t you have rather just aimed for the stars in the first place?

Okay, that metaphor broke down pretty quickly. The point is that while your goal can be ambitious, it should also be realistic for you.

So think about your own goal. Is it realistic for you? Do you have the skills and knowledge to accomplish your goal? If you don’t, can you easily get those skills?

SMART Goal Setting Step 4: Is this a priority in my life right now?

It’s crazy how many people set arbitrary New Year’s resolutions just because their friends and family are doing it.

Take traveling for example. On social media, you’ll see people posting photos of themselves in exotic locations, having these seemingly awesome experiences. People see these photos of their friends having a great time and say to themselves, “Man, I really should travel more!” So they make it their New Year’s resolution to do so.

As the months go on, they keep moving the day to travel down the road. They never really decide on a destination. And dang, wouldn’t you know it, they’re just so swamped with work right now, there’s no way they’ll be able to get away … and they never end up traveling!

In reality, they never really wanted to travel in the first place. And guess what? That’s totally fine. If traveling isn’t really important to you, you shouldn’t do it.

Here at IWT, we believe in going all in on the parts of life that really matter to you — while mercilessly cutting out everything else.

Focus on the things that truly matter to you — and forget the rest.

SMART Goal Setting Step 5: When will I be finished with the goal?

Attaching a time frame for your goal will allow it to be both measurable and time-oriented. This will give you even more motivation to achieve your goals.

So ask yourself: What’s the deadline for your goal? Will you know in a few days, weeks, or months if you’re on the right track?

Here are some examples:

A time-oriented goal will help you stay focused and motivated to achieve your goal.

Using this framework, you’ll be able to turn any vague lofty goal into an actionable SMART goal.

Bad goal: “I want to be healthier.”

Why it’s bad: It’s vague and not measurable. How do you know when you’re healthier?

SMART goal: “I want to eat three low-fat, low-calorie meals per week and go to the gym at least once a week.”

Why it’s good: Now you have an actionable system with solid metrics to help you see if you’re on track. You’re not just getting healthier. You’re eating three healthy meals and going to the gym each week.

Now do the same for your goal. How can you make it specific, measurable, attainable, realistic, and time-oriented?

Once you’ve set a SMART goal, habits are the systematized solution to making sure you follow through and actually achieve your goal.

According to Charles Duhigg, habit expert and author of The Power of Habit, every habit you build has three parts to it:

Altogether, this creates something called a “Habit Loop,” which allows your habits to stick.

And at the heart of any good Habit Loop is a good reward. In fact, it might just be the most important aspect of building good habits.

That’s because it has the biggest impact on whether or not we stick with the behavior.

Let’s take a look at an example: Working out.

Here’s what it would look like if you implemented the Habit Loop:

See the difference? One will likely result in you giving up the habit after a few weeks (or even days), while the other greatly boosts your chances because you’re rewarded for your behavior.

It subverts having to rely on willpower, because you reward yourself for achieving your goals.

THAT’S the power of a good reward.

Of course, it can work negatively for you as well. For example, smoking cigarettes.

A habitual, pack-a-day smoker is someone who has ingrained a Habit Loop that causes them to smoke cigarettes. Here’s what that Loop looks like:

Luckily, rewards can be used to counteract this. For example, whenever you get the urge to smoke a cigarette you go on a walk, or listen to music, or drink a soda. Whatever healthy reward can be used to replace your routine of smoking a cigarette.

Bonus Hack: Use a Commitment Device

A commitment device is a method of locking yourself into a habit or behavior that you might otherwise not want to do.

And there are essentially two types of commitment devices:

Positive devices. These are devices that give you a positive reward for performing different tasks. The idea is that when you associate that task with the commitment device, you create a positive feedback loop that makes it much easier to cement new habits.

Negative devices. These are devices where you take something away or risk having something taken away to encourage you to follow through with a behavior or habit. The idea is that you force yourself to focus on the task by taking away the thing that is preventing you from focusing, or you do something that makes you risk losing something to force you to complete your task.

Commitment devices are incredibly effective too. But you don’t have to take my word for it. Harvard released an article a while back penned by three doctors in behavioral economics that extolled the virtues of commitment devices.

“[Commitment devices] have been shown to help people lose weight, improve their diets, exercise more, and quit smoking,” the article says. “One randomized experiment, for example, found that access to a commitment device increased the rate at which smokers succeeded in quitting after six months by 40%.”

One effective commitment device is to use a social media scheduling dashboard like Hootsuite or Buffer to schedule an embarrassing tweet or Facebook status to be posted at a certain hour. This commitment device is good for time- or location-based goals. As long as you get to the dashboard before it posts, you can prevent it from posting.

For example, say you want to get into the habit of waking up at 6am. You could schedule a tweet to be sent out with an embarrassing message or photo of yourself at exactly 6:05am. That way, if you’re not up by 6, that message will post.

To accomplish any goal, you need to establish good habits.

To help you crush any goal you set out for yourself, we want to offer you something we’ve worked on to get you there:

The Ultimate Guide to Habits: Peak Performance Made Easy

In it, you’ll learn the actionable steps to crush any goal through smart habits, including:

Just enter your name and email below and I’ll send it straight to your inbox.

Yes, I want the Ultimate Guide to Habits now!